Brazilians can help Portugal in the problem of demographic reduction 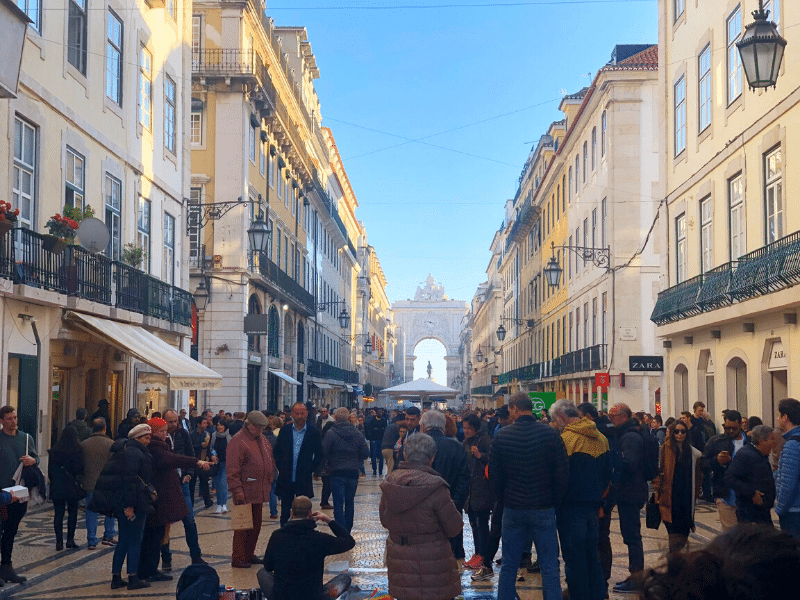 In view of the decrease the European country has adopted measures that favor Brazilians.

Portugal recorded a drop in the population that resides in the country in 2018 and confirmed the trend of demographic aging, according to a recent disclosure by the National Institute of Statistics (INE). In view of this, the Portuguese government has taken some steps to solve the problem. One is the flexibilization of legislation in order to attract immigrants, with the granting of consular visas for entrepreneurs, technology professionals and retirees.

Another measure adopted is the possibility of thousands of descendants of Portuguese Jews requesting the restoration of their Lusitanian citizenshipas a form of historical reparation. Since 2015 the country’s legislation, through Decree-Law 30-A/2015,has granted Portuguese nationality, for naturalization, to those who prove offspring with the Jews persecuted by the Inquisition, in the Iberian Peninsula (Portugal and Spain).

Respond to the genealogical pre-analysis form!

A curious fact is that a considerable part of these descendants are in Brazil, which has led to a search of Brazilians for the study of their genealogical roots. According to data from the Institute of Registers and Notanad (IRN), Brazil occupies the 2nd position in the number of nationality applications based on sephardic descent,behind Israel’s think.

Father Costa grew up hearing that the region of Rio Grande do Norte where he was born has many common characteristics with jews. Recently, a genealogical study proved the catholic priest’s connection with a Sephardic ancestor. “Proving sephardic ancestry surprised me and very happy. Maybe I move to Italy!” he jokes.

The first generations of Brazilians benefited from the measure are already beginning to move to Portugal. This is the case of developer Pedro Arruda. After being able to prove his bond with sephardic ancestor through a genealogical study,he acquired Portuguese citizenship in 2017. He moved to Lisbon, where he graduated from Data Science. “Living and studying in Portugal was an old desire and with Portuguese citizenship, this became much easier. I can say I’m very happy here,” he says.

Portugal has never had so many foreign residents. This is what the country’s Foreign and Border Service (SeF) Immigration, Borders and Asylum (RIFA) Report guarantees. The granting of residence permits also increased significantly (51.7), with 93,154 new securities issued,according to the same report.

For lawyer Renato Martins, partner of Martins Castro Consultoria Internacional,a company specialized in this type of citizenship, Portugal and Brazil have a lot to celebrate. “In addition to the historical reparation provided by the law, the granting of nationality to Sephardic descendants has attracted investments and, mainly, people willing to reside and build a new life in Portugal,”he says.

Download our ebook to learn more about Portuguese citizenship via the sephardic route!

Martins Castro will be in Belo Horizonte (MG) serving families who are requiring Portuguese citizenship through this route. The visits will take place on November 26, between 8am and 6pm, at Coworking Trop (Rua Professor Eugênio Murilo Rubião, 222 – Anchieta). Entries can be made by e-mail: huver@martinscastro.pt