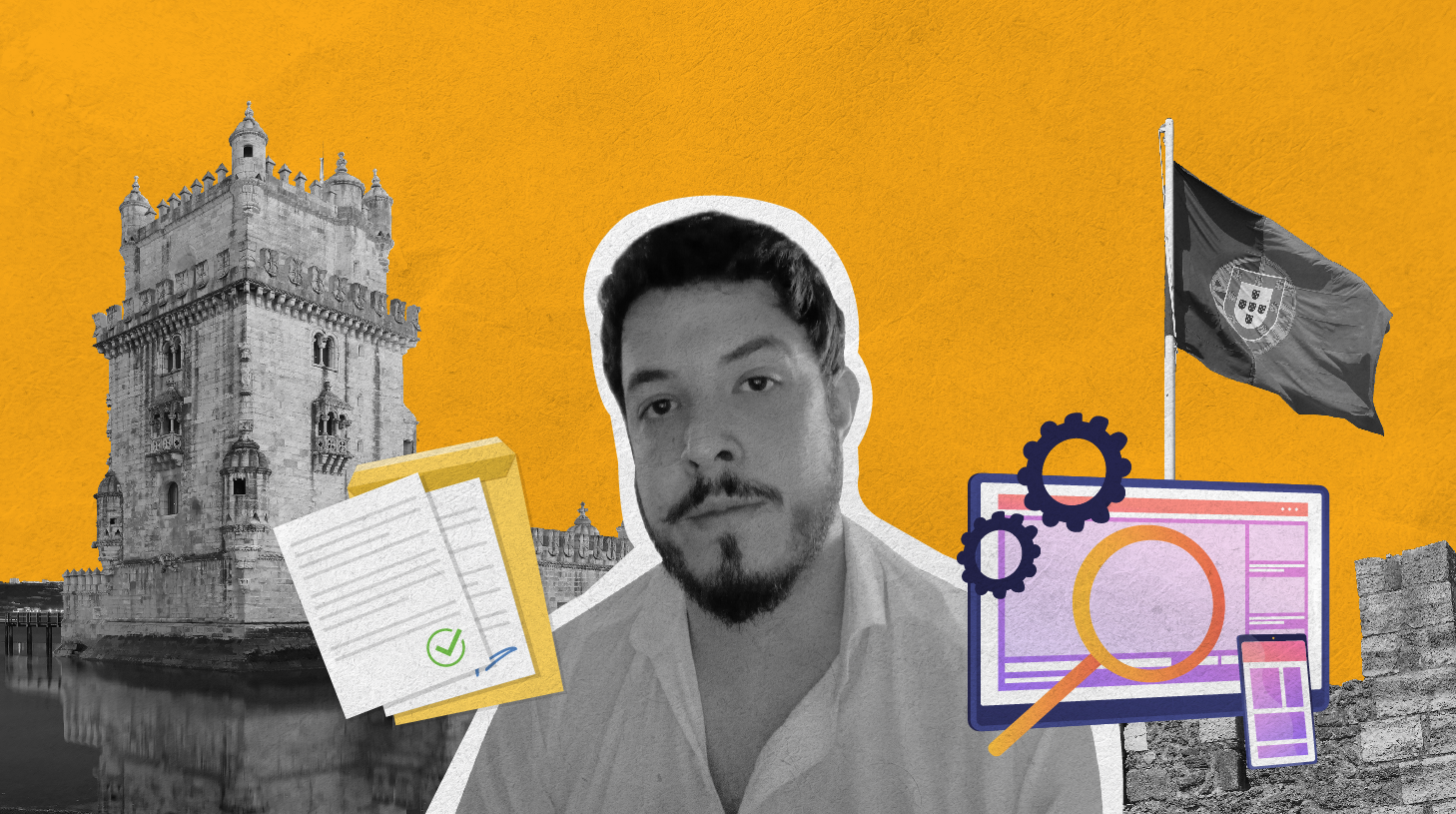 In these situations, it is necessary to try to obtain a duplicate of the birth certificate or the baptistery in Portugal. For this it is necessary to gather a series of information and carry out a survey that helps to locate the birthplace of the Portuguese and in which institution the documents were registered. This search process is the work of historian and genealogist Gabriel Dias, who works for a company specializing in international mobility. In this interview, he tells a little about the history of Portuguese immigration in Brazil and explains how technology and family memories can help in documentary research.

Gabriel, how did you become interested in Portuguese genealogy and ancestry?

Since I was little, my family environment is strongly marked by the memory of Portuguese immigration to Brazil. One day my uncle, who is a Benedictine monk and a member of the Portuguese Academy of History, introduced me to the genealogical field and, since then, he has been my biggest enthusiast. The use of information technology was also important in maturing this interest.

Should a person who has a Portuguese grandfather or great-grandfather, but does not have a document proving that this ancestor was from Portugal, give up the nationality process?

No. With the technology available in recent years, we were able to identify and trace a Portuguese ancestry. Even in cases where the family has little information, such as just the name of the Portuguese person and his affiliation, it is common for us to be able to find information that will allow us to obtain the necessary documentation for the nationality process.

How is this search work done?

We have recently started to prospect these records in order to know what kind of information they bring and where they are filed. After the initial analysis, we transform these immigration records into data, which allows us to overlay the information, that is, cross-reference them.

How this process, in fact, can help in the processes of Portuguese nationality?

There are several records, of various natures, in various locations, in two countries, which, after being transformed into data, allow us to manipulate the information and aggregate it in order to get to know, for example, where the family came from, where year came, where they were baptized, or where birth was declared. With these data in hand, it is possible for us to constitute the genealogical proof of a Brazilian with Portuguese grandparents and thus allow this descendant to claim all the rights inherent to this genealogical proof, as is the case of Portuguese nationality for grandchildren.

You previously mentioned the Portuguese migration between the years 1880 to 1920. Why is this time frame relevant?

This interval is important because, today, most grandchildren and great-grandchildren of Portuguese in Brazil descend from immigrants from that period. It is true that Brazil was a relatively stable and continuous place of Portuguese migration for the last five centuries. But what differentiates the Portuguese immigration of the last 100 years, from that of colonial Brazil, is that from 1880 onwards the migratory flow increased. It is estimated that between 20 and 25 thousand Portuguese entered Brazilian ports per year during this period.

Given such a significant number of Portuguese to settle in Brazil during this period, is it possible to estimate the number of descendants who can claim Portuguese citizenship?

In terms of the number that can be considered official, we have about 5 million grandchildren of Portuguese nationals. This is the estimate made by authorities of the Portuguese-Brazilian community, based on official censuses. However, it is believed that the number of grandchildren and great-grandchildren is much greater.

How can family stories and memories help in the search for proof of citizenship of the Portuguese of origin?

Memories, despite being often neglected, can be of great help in the search for information that will lead us to documentary proof of Portuguese citizenship. I've heard reports of families that gave up on constituting a genealogical proof of Portuguese ancestry because they felt discouraged for not knowing almost anything about the ancestors. But, sometimes, any information about the origin, about the place, the decade in which the family migrated, can be an indicator that, combined with other data and records, allow us to have greater precision in the search process. It was the case of my family, where a family report that one of the great-grandmothers came from a region that had snow and wolf. We immediately suspect that she was originally from the Serra da Estrela area, which is a very snowy region in Portugal. In the research I carried out this was confirmed.

Is there any other point or tip you would like to highlight about this document search process to prove the Portuguese nationality of an ancestor?

One last thing I would like to point out is that people often have more information than they realize. An example is the certificates they have at home, especially handwritten ones. It is not uncommon for these documents to contain information that, combined with the technological resources we use, assist us in the constitution of genealogical evidence. So my tip is for families to go through what paperwork they have at home.

Published on the Portal Earth.