Brief dictionary on Portuguese nationality for grandchildren of Portuguese 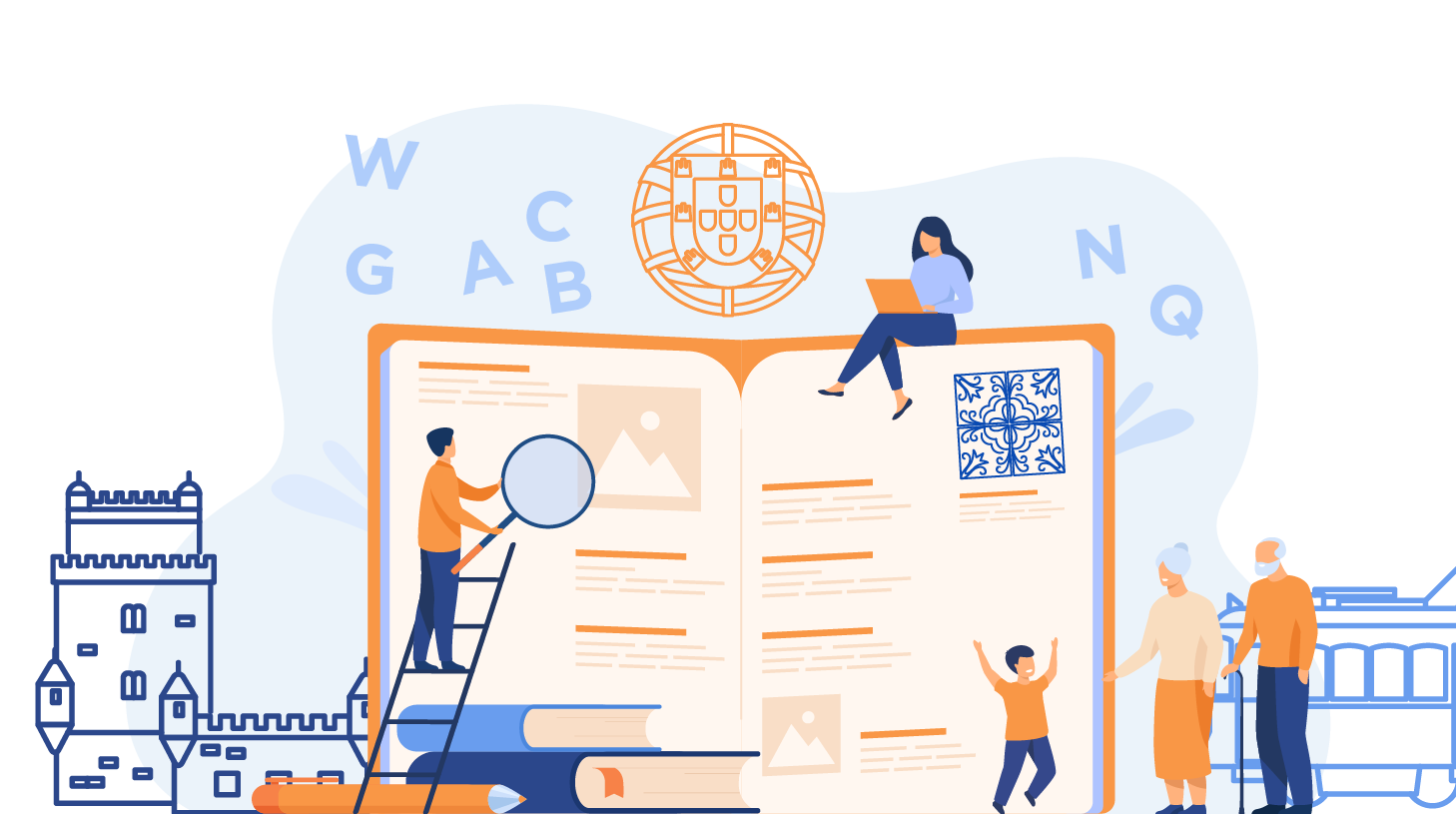 Often the tricky part is not the request for the attribution of nationality per se, but understanding the terms and requirements that are set by the Nationality Law. In Portugal and Brazil the official language is Portuguese, however the language is a living cultural asset that changes with the passing of the term and with contact with other cultures. That's how “guys” here are “malta” and in Brazil the “crosswalk” is “pedestrian lane”.

To help better understand the expressions that appear whenever the subject is Portuguese nationality for Portuguese grandchildren, we have prepared this brief dictionary. We really hope it helps!

I WANT THE PORTUGUESE NATIONALITY!

National Archive: It is a Brazilian public body that is linked to the Ministry of Justice and Public Security and is responsible for the management, preservation and dissemination of federal public administration documents. The National Archives houses several immigration funds with lists of Portuguese and Italian passengers, as well as the movement of vapors and entry of foreigners in Brazil.

Baptistry: Refers to registration in baptism book of the birth data of portuguese born before 1901, the date on which the civil registration of children in Portugal began.

Municipality and Parish: Portugal in political-administrative terms is divided into Districts, Municipalities and Parishes. These are the Brazilian equivalents of States, Municipalities and Neighborhoods, respectively. The county and parish of birth then refers to the city and, within the city, to the neighborhood in which the Portuguese from whom the seat is sought. In Portugal, for some time, the Juntas de freguesia (the administrative body responsible for managing the parish) were responsible for creating birth certificates. Hence the need to obtain this information.

Immigrant Hostel: sheltered Immigrants recently entered Brazil through Rio de Janeiro and São Paulo. Part of the documentation was provided by the Immigrant Memorial, responsible for issuing the landing certificates after the entry of foreigners into Brazil.

Passenger List: And the registration of Portuguese immigrants embarked. This document was presented to the customs authorities at the vessel's destination.

Immigration Museum: It is a reference in the management of lists of Portuguese immigrants in Brazil, as well as the enrollment of immigrants passing through the Immigrant Hostel. We can find in these documents the motivations (why the immigrants came to Brazil) and their destination in the national territory. It is also possible to issue Landing certificate from the Immigrant Memorial.

I WANT THE PORTUGUESE NATIONALITY!

Profiling: It is the act by which the individual declares to be the father or mother of another person before the official of the notary registry. It is a declaration of affiliation whose declarant is the parent himself. Affiliation is very important in the process of Portuguese citizenship.

Transcript of documents: It is a matter of using foreign documents to issue the equivalent document in Portugal. A common situation that sometimes requires transcription is marriage. In this case, the foreign marriage certificate needs to be transcribed in Portugal for the marriage to be recognized and valid here in Portugal as well.