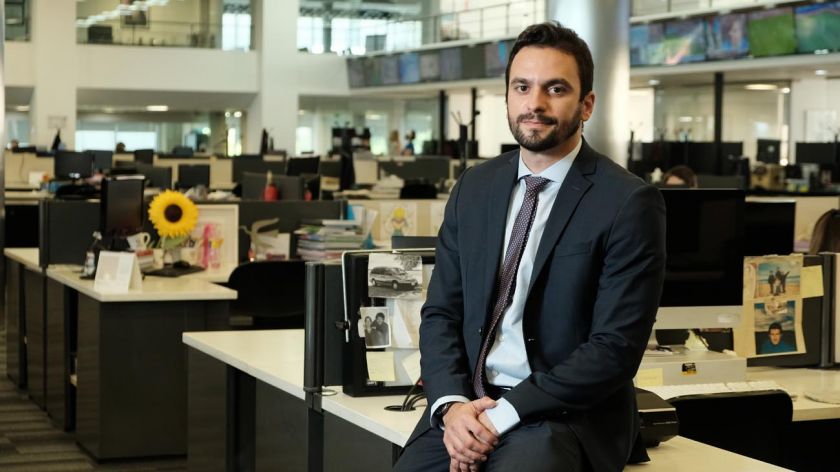 The founder and CEO of the legal studio Martins Castro is one of the main promoters of the law that have the descendants of Jewish sefardíes in Latin America to pursue the Portuguese nationality. In Argentina it is estimated that there are more than 50,000 people who can access this benefit. Find out the details in this interview with Profile.com

It is a right that many do not know: in case of complying with certain particular requirements, the Jewish Argentineans and their descendants can obtain Portuguese nationality and thus access a passport of the European Community without renouncing the citizenship of birth. The possibility is based on it Organic Law No. 1/2013 and Decree Law 30-A / 2015, promulgated by the State of Portugal in 2015 as the point of a profound historical reparation. In addition to signifying a historic reparation for the community, Portugal has other reasons to open the ports of the country to the descendants of those who once inhabited its lands: to attract people with titles and qualification to the country in search of progress. Expert genealogists ensure that around 50,000 people residing in Argentina could benefit from this right, to prove their Sephardic ancestry. Perfil.com Dialogue with Renato Martins, lawyer, expert in international law and mobility and one of the key actors in the promotion of the right of the descendants of Latin American Sephardic Jews to obtain Portuguese nationality. In addition to being advocated, Martins held a Master in Administrative Law by the University of Lisbon, Postgraduate in International Relations at the University of Lusófona. For the expert, “in Latin America I see that insecurity is very concerned, urban violence is a very present issue, and Portugal is the second safest country in the world. This is one of the factors that make many people want to live there”, he explains.

What is this initiative of inviting the Sephardic Jewish community to be able to have the ease of entering Europe?

First, in a historical factor. It is called Sephardic Jews who inhabited the area of the Iberian Peninsula, and who understood themselves as a community distinct from the Ashkenazi. In 1492, the Isabella Reina de Aragón de España expelled all Jews from Spanish territory, and many fled to Portugal. Pero Luego convinced Don Manuel, the king of Portugal, to do the job. Manuel chose to do something different: ““convirtió” to the people who were Jewish in the Portuguese territory, saying “from now on, all the Jews who have fallen, are cristianos”. So a new categoría was created: los “cristianos nuevos”. Those who wanted to be called thus the freedom of worship, who wanted to leave in the diaspora. So, it's going to North Africa, South America and North Europe countries. This is the historical context that tries to repair the law that grants Portuguese nationality to the sefardíes and entro en vigencia in Portugal and Spain. The government hicieron as a symbolic act. In 2015, Portugal started to grant nationality. Through decree 30 of 2015, it is possible to grant nationality to Jews who want to return and reconnect with this origin.

Besides being an opportunity, it is a “historical repair”… 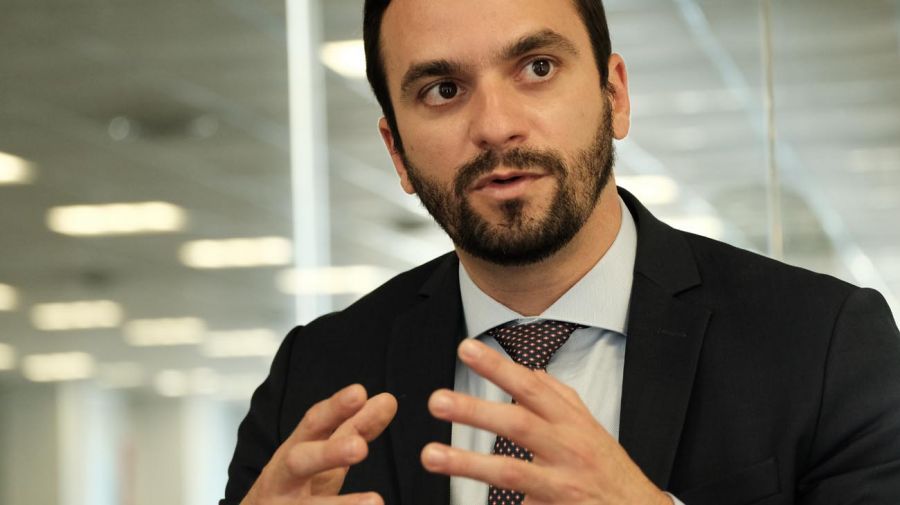 How does the process start for someone interested from Argentina?

Ours always hablamos in three steps. The first is to identify the Sefardí ancestry. Here we have the cases: on the one hand, the people who participate in the Sephardic community, on the other, the people who do not necessarily identify with the Sephardic culture but have some ancestor. In this second group there are Jews but also people who wanted to profess religion. There are no limits of generations to identify the Sephardic ascendant that belongs to your lineage: you can be great-great-grandmother, even a fourth or fifth generation on the cliff. The second step is to send the documentation that confirms this link to the Israeli community in Portugal. This instance is a requirement for the last stage, which is the request for nationality before the Ministry of Justice of Portugal. At the end of the third stage it is possible to proceed with the passport and live there. And so, ya is not only a Portuguese, it is a citizen who can transit through the other countries of the European Union.

What is the estimated number of people in Argentina that have this possibility?

The Jewish community in Argentina is estimated at 180,000 people. Between 25 and 35% of this number are sefardíes, so we have more than 50 thousand people with the possibility of obtaining nationality. But we do not consider this second group to be the descendants of sefardíes who do not have a direct connection with Judaism. We cannot estimate a number on this group, it would be irresponsible to give it, but that explains why we have so many more than 50 thousand. Tens of thousands of Sephardic Argentines could access Portuguese nationality.

For the person who wants to access the right, are you expensive?

There's nothing to be done with. One of the official fees, they are: the fee of the Israeli communities and the process of nationality charged by the Portuguese government. On the other hand, are the fees of the lawyers.

How are these times to be calculated?

It is estimated to take 20 to 24 months throughout the process, in three stages.

How is the Sephardic Jewish community distributed in Latin America?

The communities were dispersed throughout the region, in different countries and zones. If we live in Mexico, for example, in the north there are many descendants. If we are going to Brazil, we will find ourselves in the northwest. In Colombia, in the region of Medellín and Antioquia. In Argentina, the most important Sephardic communities are in Buenos Aires and in the interior, in provinces such as Santa Fe, Mendoza, and Cordoba, among other provinces. The belief that there are many communities in the interior has a historical explanation: the Portuguese and Spanish Inquisición sought these people to prosecute, judge, torture them, so many people fell into communities that were more legion to the great centers. There are sefardíes nuclei throughout South America.

How are you carrying out this work from the studio throughout the region?

In Brazil and in Mexico we took more time working. In Argentina we are just disembarking, there are a few days to begin to narrow ties with the communities and explain the process for those interested. Portugal today is the only country that recognizes this right and continues to give nationality to the sefardíes, ya that Spain derogó la ley similar the past year. 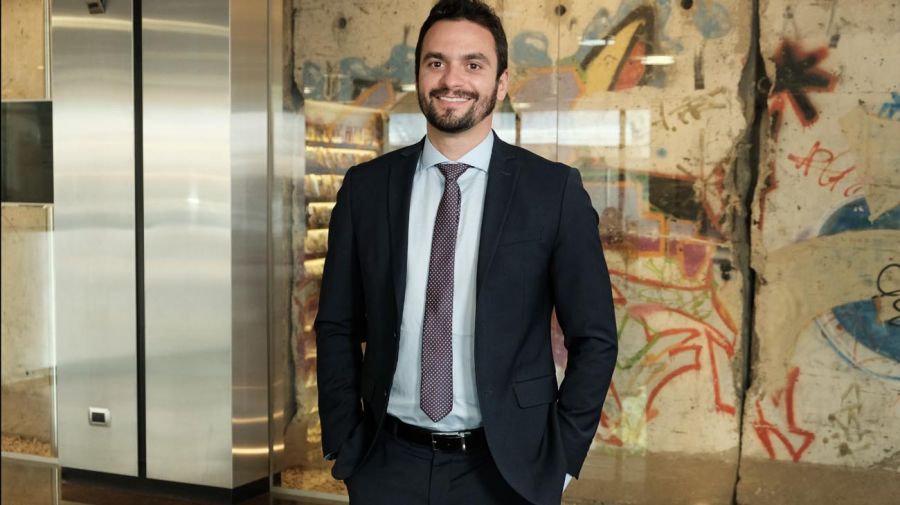 What opportunities does Portugal offer for a person who wants to have an experience?

In Latin America I see that insecurity is very concerned, urban violence is a very present issue, and Portugal is the third safest country in the world. This is an attraction for Latin Americans. The second theme is education, as it has a very good educational level, the level of France and Spain, and economically accessible. With the passport you can access these universities and training centers at the same cost as a national Portuguese. The third attractive point is that a Portuguese passport places it as a European, and it can benefit from European diplomatic relations. This makes it possible, at the same time, to access the United States with differential programs for Europeans, also Australia and New Zealand.

¿Since when do you specialize in Derecho y Movilidad Internacional?

Hice a Mastery in Administrative Law and study the Law of Mobility from the point of view of the Portuguese administration. I was able to live in Spain, France and England and based on these experiences, I was able to learn about migration procedures and develop a sensitivity to this topic. In 2016, when I started acting professionally, they brought me cases of sefardíes that sought to apply the Portuguese nationality. So I need to specialize in this topic, and one of the first Latin Americans in receiving the Portuguese passport was my client: a Brazilian that has had much repercussion in the media.

What are the most frequent consultations you receive?

In general, there are many doubts regarding the requirements for obtaining nationality. Many believe that only the practicing sefardíes are right for it. The possibility is also for those who have Sephardic ascendancy but are not Jewish. It is only important to decide. There are also questions regarding the age where the procedure can be started, and where the nationality can be withdrawn. There are no limits for the granting of nationality from the point of view of the Argentine and Portuguese Constitution, but the procedure can only be initiated by the greaters of age. Of course, in case the priests had obtained the passport, they could pass on to them. Another frequent question has to be seen with the place where the management is carried out: is it necessary to go to Portugal to complete a form, to present something? La respuesta es “no”. All can be done from the country of residence. With power, our lawyers can occupy ourselves at all distance.

Has the pandemic changed something in the process?

In absolute, follow the same. The pandemic alone changed a little in the panorama while I wear more worries, but on a practical level nothing has changed. The procedures in Portugal are moving forward, there are no problems with them.

Why is it so important, as a lawyer, that we know this right?​

I get rid of the sueño that we have so much of the rights we have. Hagan the procedure with our nosotros, and I feel that we fulfill a very important institutional function, it of informing many descendants of sefardíes who have this right. This law changes lives, expands rights. Today there are the first “planetary” generations, which do not have a single place of residence, and an extension like this is very important so that these later generations can move around the world more freely. My job is to help people who want to dream of having experiences in new places, to expand their freedom: this is what changes me as a professional.